Home / Blog / Single mum lifestyle / Health and healing / OMG … Am I drinking too much?

OMG … Am I drinking too much? 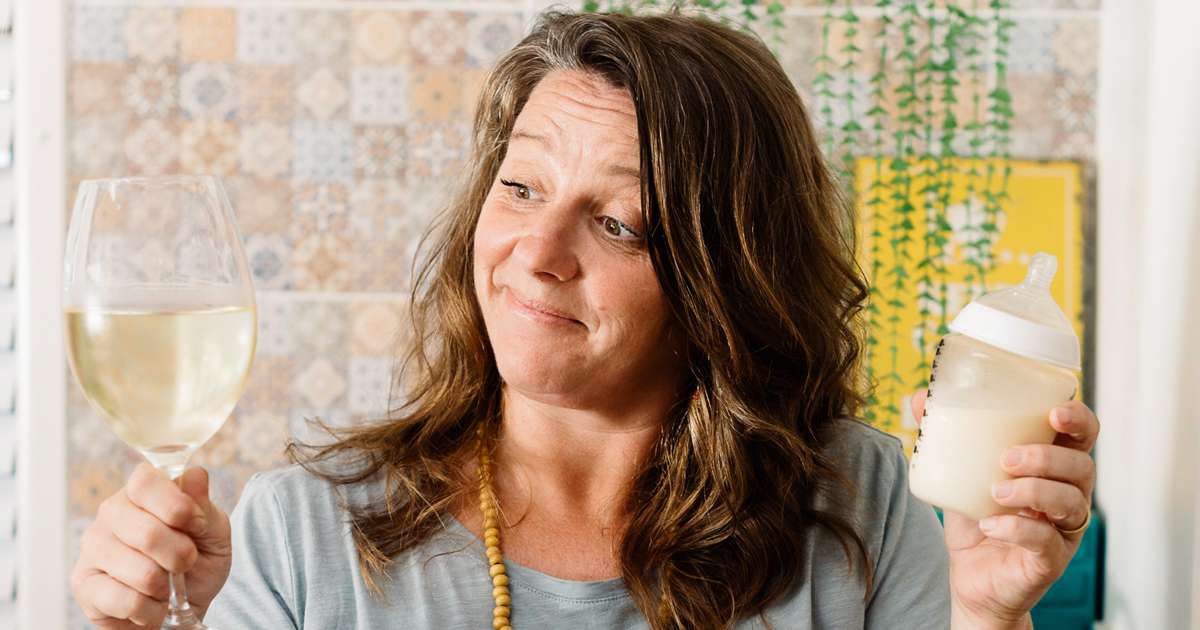 That short sentence was something I used to ask myself daily. 5 words that deep down I already knew the answer to.

“Am I drinking too much?”

“But what else is there?”

If I wasn’t thinking about my drinking, I was sitting at my computer tapping that same question into Google. I spent my long hangovers scrolling through articles and filling in self-assessments until I found evidence in my favour, diagrams and charts that led me to believe I was definitely “not an alcoholic”.

Of course, the truth was always there, sitting at the back of my throat like a strong shot of Tequila, I just wasn’t ready to taste it. I swallowed my problems down like I did with everything in my life that was too confronting. I drank away the drinking problem.

“I’m not about to lose everything” I thought as I flicked past frightening statistics and grotesque images of dodgy livers.

“I don’t need to drink. I’m not an addict and I’m never passed out in the gutter, well not very often.”

I skim read the data on alcohol units and gave myself a little pat on the back for staying within the government guidelines of 14 units per week. I then slapped closed the lid of my laptop and reached into the fridge for that crisp bottle of white.

I decided not to tell anyone, my friends, family or my computer, that I’d actually drunk all my units in one sitting at a playdate the previous afternoon and that I couldn’t remember past the first 4 glasses of Chardonnay or that I’d regurgitated cheese and biscuits into my hosts flowerbed. No, I just looked at the numbers and told myself I was fine. Then I clicked “going” to the “Girl’s Night Out” invite that popped up on my Facebook profile.

It was amazing how long I managed to fool myself that my drinking was ok.

It was a clever habit. I was able to soak it into the crowd, wave it away like a bad smell. Everyone around me were big drinkers, so I never stood out as having a problem. My drinking was social and joyful, diluted by a mob of happy revellers on a grubby dance floor.

Before kids there were no repercussions from my heavy binge drinking, well nothing that a trip to the chemist and a couple of paracetamols wouldn’t solve … then motherhood shook that all up.

Suddenly I was faced with having to take care of my offspring with a stonking headache. I couldn’t face parenting the day after a bender. So, I hid. I hid in my bedroom for hours, full of shame and guilt. Shame because of what I’d done and guilt because of what I hadn’t.

Motherhood and alcohol were a noxious combination. My two worlds clashed, whacking into each other every Sunday morning when I rushed to the bathroom passed my children that were pushing scooters out of the front door.

“Have fun, see you later” I mumbled with my head in the toilet.

I’d never questioned my drinking before those babies interrupted the party. I thought I’d always be me, a party girl turned Rockstar mum that could swig from a beer in one hand and tickle my children with the other.

The problem was, no matter how much I suffered and how much guilt I felt, I couldn’t stop and for many years I ignored what my body was telling me. I ploughed on, downing shots and necking wines, to fit in, have fun and drown out the mundanity of motherhood. Drinking was my relief, my escape, my liberation from nappy’s, wipes and lullaby’s.

But every Sunday my body screamed out for help. Panic attacks rolled over me like waves, making me scared and unbalanced, yet I refused to listen because I couldn’t imagine a life without my reliable social lubricant.

The truth was, by entering those five words into Google meant I did have a problem. I just was too scared to face it, for me, living a life alcohol free wasn’t a life worth living.

My habit had become so ingrained that I couldn’t fathom a future without it.

I had no idea what sober was, as far as I could see sober people were the boring twerps that sat smugly at the end of the bar with an orange juice, a sad face and no friends. I hated sober people. They represented everything I never wanted to be.

“What sort if dullard doesn’t drink?” I thought.

I simply couldn’t see the point in being sober when you had the option of being utterly shit-faced.

AM I DRINKING TOO MUCH (CONT.)

Then, the more I tried to escape, the more the anxiety rained on my parade. My love for my children combined with the guilt at not being an available parent, had all sorts of questions floating around inside my troubled mind.

“Am I drinking too much?”

“Why do I have a slice of pepperoni pizza in my back pocket?”

“Why am I incapable of going to the park on a Sunday with my family?”

That was the biggie, my mummy wines and girls’ nights out were causing me to lose precious time with my children.

I was failing as a parent because of alcohol.

The answers to all of my questions had always been there. But society, culture, environment, Facebook, Instagram, memes and media had all been pushing me towards binge drinking. Modern day drinking culture was egging me on, telling me what I was doing was ok, acceptable.

“Yes Vicky. You are drinking too much. But, it’s ok, you deserve it, you’re a mother, you work hard, you need to take the edge off, it’s fine Vicky, you’re normal.”

So why didn’t I feel normal?

One evening, after a day in bed with the mother of all hangovers, I plonked myself down on the couch next to my husband and started to cry.

“Why do I keep doing this to myself?” I sniffled.

It was a good question. Why do we keep doing it to ourselves? Why do stressed, busy mums believe our only escape is sinking to the bottom of a bottle? And once at the bottom, being swilled amongst the dregs, how on earth do we get out?

Climbing out of a bad habit can feel so far out of reach that it’s easier to just carry on.

I got caught in a sort of Pinot Gris purgatory, a place between the pub and an AA meeting. A place where I was floating around with nowhere to turn, covering my worries and doubt in a layer denial. I was battling a happy demon. A socially acceptable downfall that went unnoticed. Drinking was expected of me, yet it was breaking me. Booze was secretly destroying my mental equilibrium and turning me into a shitty mum.

I had tried to stop, I had tried to do better, I did water between wines, sober October and sunk pints of water before sleep, but the fear was always there, every Sunday morning, sitting on the end of my bed wagging its disappointed finger at me. I was rubbish at giving up drinking.

That late evening, sat in our lounge with big blobby tears dripping from my chin I said to my husband,

That was the moment I changed.

There are lots of Mums like me that have a complicated relationship with alcohol. Women that binge drink every weekend, are full of anxiety for the first part of the week and are then texting friends about a local cocktail hour on a Thursday night.

I was that person. I was that mum. The one peering from behind a pile of washing and tripping over a discarded nappy desperate for a wine and a daytrip back to her old self.

Imagining a future without booze had seemed impossible for me. Life seemed bleak without the effervescence of cheap champagne or the twist of a beer bottle cap. I didn’t know, until I got help, that life didn’t have to circumnavigate that one thing. That there was so much more to life than alcohol and I realised that I couldn’t solve my own problems because I was creating them. It took someone with knowledge and experience to prise the solutions from deep within me.

I needed love, support, professional guidance and lots of peppermint tea. I had to learn how to deal with life head on, with no crutches and no black outs. I had bad days with no reprieve. No reward. It took time, patience and good walking shoes for pounding pavements alone when things got too hard.

But, being honest with myself about my drinking was how I was able to stop. The changes I made allowed me to see my mistakes.

Leaning on wine at the end of a stressful day was an unhealthy pattern, a messy habit that was disrupting my happiness. Anxiety changed that, it forced me to search for a healthier lifestyle.

Panic, I suppose, is what saved me, I had to listen.

Now here I am 2 years sober and loving my life more than ever before. Sobriety is like the curtains in my dark bedroom have finally been flung open. I wasted so much time hiding from life, hiding from the true person I am today. I’m a more content, better mum that has left falling over, smashing glasses and bad dancing behind.

So, the answer to the question was always there, waiting patiently for me to be brave enough to answer it,

“Yes, I am drinking too much”

and if you’re asking yourself the same question …

It might be time for you to reach out too. 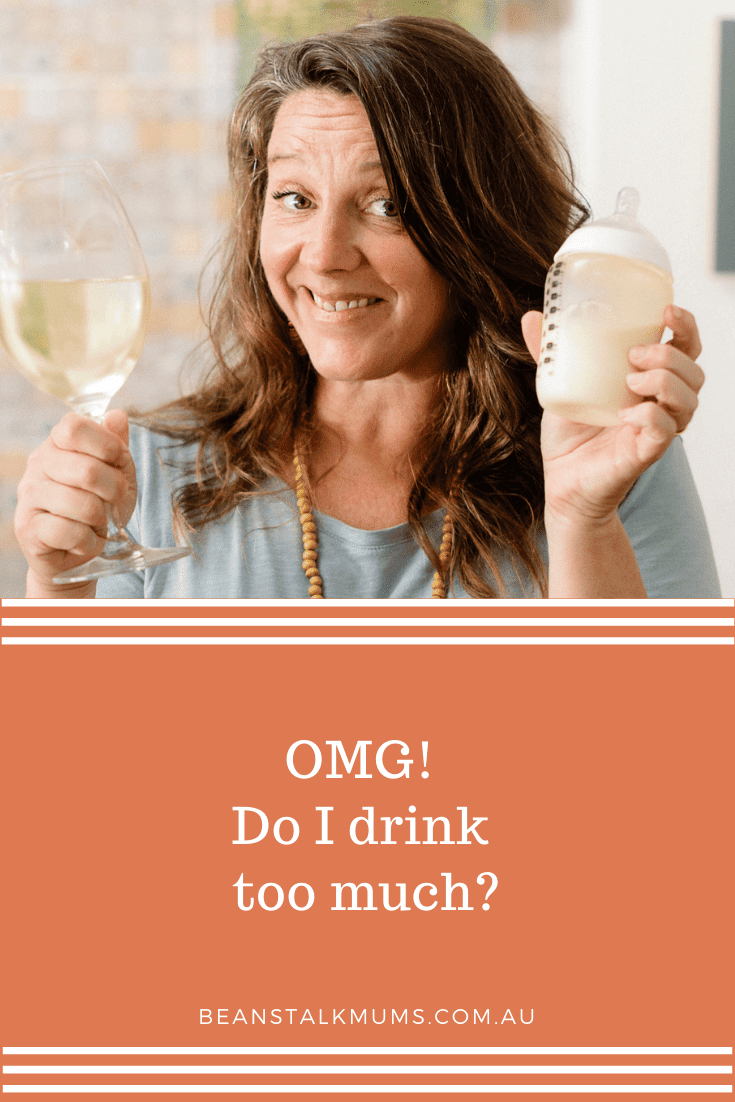 Victoria lives on The Sunshine Coast with three noisy children, a very patient husband and a confused dog. She has been writing about her zig zaggy journey to sobriety and motherhood for 2 years. When she isn’t at her computer, you can find her crying alone in the shower or hiding from her children at a local cafe with a cup of tea digging into a large slice of chocolate brownie. 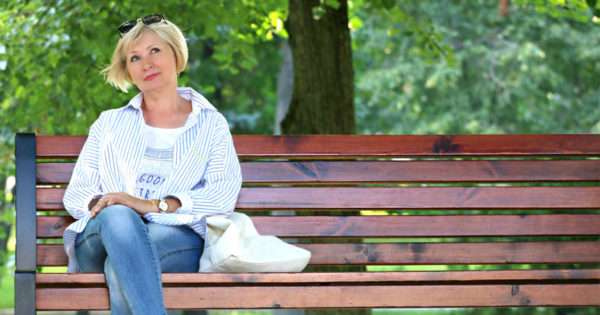 15 Ways to stay looking young without needles or knives 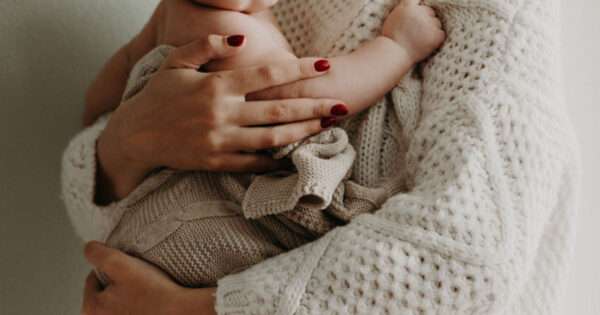