How wonderful it would be to have another set of hands to help with the kids. Someone to entertain them, clean the house, cook the dinner and even babysit once in a while. But what if they also mow the lawn, mend your shelves and change the oil in your car? No, it’s not a figment of my imagination. It’s a manny.

If you’ve not heard the term before (and if you don’t move in ultra-rich New York circles you may not have) it’s a male nanny. Do I have your interest now? I thought so.

The concept of a manny was first stumbled upon in 2016 by Britney Spears when she promoted (for want of a better word) her body guard, Perry Taylor, to all-round nanny duties. The press had a field day, but by the time they finished joking about it many families had already changed tact and were thinking ‘now that’s not a bad idea’.

Since then the role of the manny has rapidly grown and an unexpected and somewhat fascinating role reversal has taken place. The manny was born.

Now Manny’s are the all rage in the States where families are looking for more varied childcare options. And other countries are hot on its tail. Australia has a choice of online agencies making finding the perfect manny as simple as “I’ll take the one on the left with the nice bottom’.

With more and more people taking to the idea, as a single mum, I have to say, so am I. So what would be the advantages (if you could afford one) of having your very own Manny?

WHY ALL SINGLE MUMS SHOULD HAVE A MANNY

FOR A POSITIVE MALE INFLUENCE IN YOUR CHILDREN’S LIVES

Whether your children have a father figure in their lives or not, your home may be lacking the positive vibes a man can bring. To have the right kind of male impacting on your children’s lives will allow diversity and take the pressure off you. Even child-related decisions can be easier with another valued point of view. And the best bit is that you’re the boss, so if you don’t agree you have the final say. Good to get the input though!

OOH THIS IS TOO HEAVY, YOU WOULDN’T MIND WOULD YOU?

Of course as single mums, we are perfectly capable and can do EVERYTHING ourselves. Yet, every now then a little help doesn’t go amiss. Can’t reach? Too heavy? Too messy? Just too hard? Wouldn’t it be lovely to hand those tricky ‘man jobs’ back to a man?

GET THE NEIGHBOURS TALKING

Perhaps it’s my naughty humour but what fun you could have with the local gossips. Of course you don’t need to tell anyone he’s the hired help. And if he wants to mow the front lawn topless before taking your children to the local park, why not? As single mums we’re often the topic of unwarranted idle chatter, so why not really give them something to talk about?

Of course they can? Everyone can. For example, your children may absolutely love sport. In which case (not all) a male could be just the right person to practice with, encourage and inspire them. When choosing a carer you should consider more than just their ability to pamper to your children’s domestic needs. Men generally have a different skill set to women, and it may be more suited to your family.

It’s not unusual for single mums to feel some insecurity within their neighbourhood or their homes. Whether justified or not, having the company of a man can make us feel safe. Just to be seen having a man coming and going, being on the end of the phone, or generally looking out for you can be a comfort lacking in your life.

MAKE-UP FOR THE MAN SHORTAGE IN AUSTRALIAN CLASSROOMS

It seems the pay is not enough to lure male teachers to the lessons anymore. Yet according to the Sydney Morning Herald ‘male teachers are important as role models and father figures, and for students – especially boys – to seek help from and confide in. Male teachers are important for girls’ interaction with men and their consequent understanding of them.’ So if your children are missing male influence at home and at school, a manny could be the answer to your prayers.

YOU MAY MEET THE MANNY OF YOUR DREAMS

Well, I had to put it out there because you just never know. It could be you hire a manny and inadvertently (and blissfully) end up with Mr Right. I’ll bet it’s happened before. And think of the time and hassle it would save trying to work out if he’s the right man for you. You’ll have solid proof that he’s the perfect addition to your family and is good with your children. Probably the top point on the tick list for single mums considering a new man.

I’m sure there are plenty of other reasons why a manny could be a welcome addition to your household. We all have our own parenting styles to consider when deciding on something as important as who will care for our treasured children. Plus our children’s personalities are diverse and they relate to and thrive with different kinds of people.

What I do know is, it’s great to have the choice. And it’s even better to see men roll up their sleeves, don the apron and become willing and brilliant participants in what was once a firmly female dominated domain. 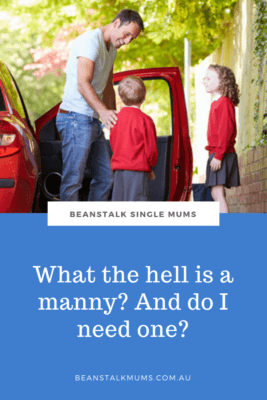 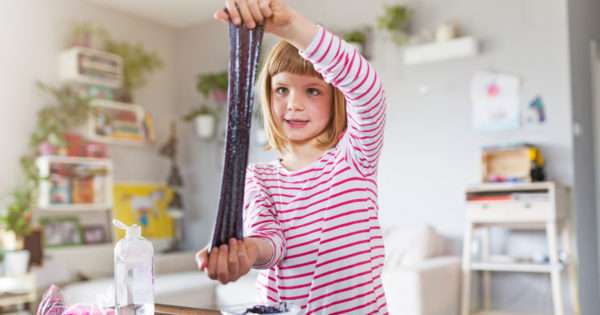 How to get slime out of almost anything 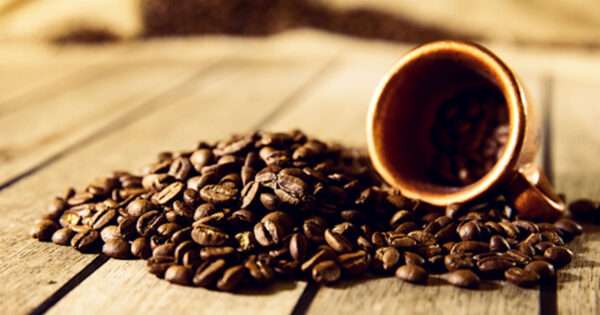