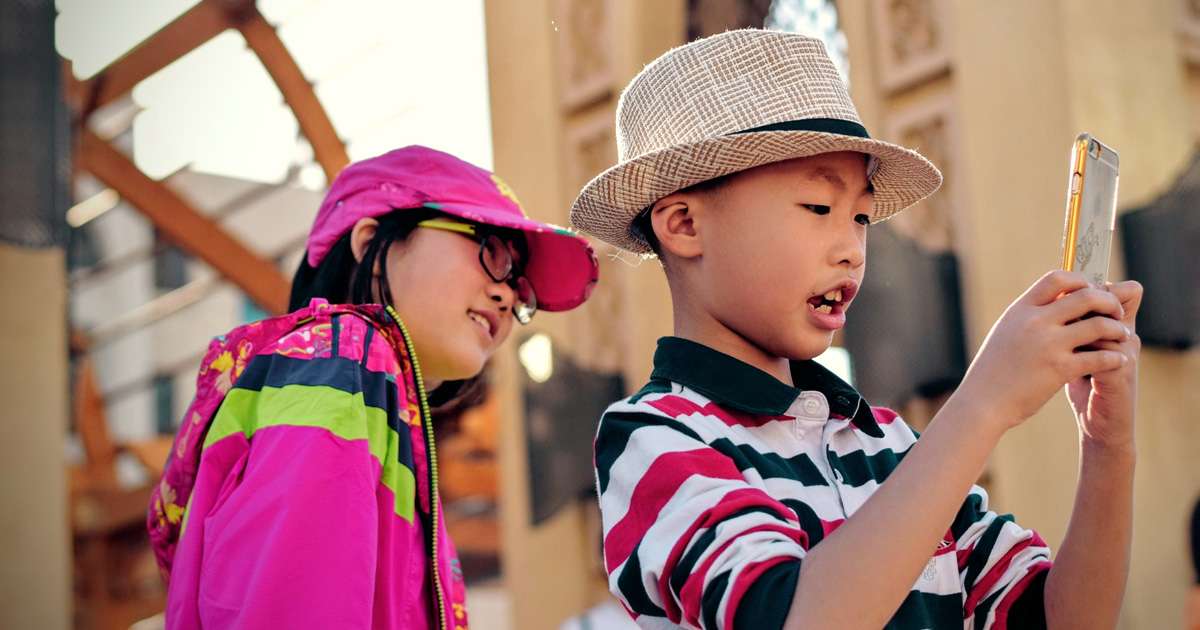 So, you’ve made the decision to give your child a phone. It may feel like you are sacrificing your offspring to the gods of Apple or Samsung.

But just handing over the phone and leaving the rest to them is the worst thing you can do. A phone comes responsibilities, and it is our job as parents, to teach them what they are and how to abide by them.

Giving your child boundaries around their phone will not only mean you get to have a conversation with them once in a while, but it will teach them to be responsible phone users.

If you are wondering where to start, here are our suggested phone rules for children and teens.

10 NO NONSENSE PHONE RULES FOR KIDS AND TEENS

1. GET A BASIC PHONE

On average, kids get their own phone when they are 12 years old, but over 20 percent of kids under age 8 know how use their parents’ phones. Younger kids may benefit from using a simple phone with bare necessities (calls and texts) and nothing else. Do you really want your child to have complete access to the Internet, and everything that comes with it? Plus, there is no point in buying them an all-singing, all-dancing smart phone when they have can’t/won’t use 90% of the features. Keep it as basic as possible to start.

2. SHOW THEM HOW TO USE THEIR PHONE PROPERLY

If this is their first phone, teach them how to use the features and show them what the buttons do, especially the emergency buttons. They should be able to turn the phone on and off and get out of the lock screen to access the call feature. Program your contact information and other important numbers on speed dial so they are one tap away.

3. EXPLAIN THE VALUE OF THE PHONE

A phone, even a basic phone, is something of value. Kids should understand the costs of owning a phone, including data fees, text messaging fees and the cost of the device itself. If the phone is lost or broken, discuss with your child how it would be replaced/repaired and who will pay for the replacement. This is also be a great time to teach your child about money in general.

NO NONSENSE PHONE RULES FOR KIDS AND TEENS

Setting a schedule for phone use is extremely important for kids and teenagers to prevent addiction and harmful effects like anxiety, depression and sleeplessness. Many parents ban phones on the dinner table and right before bedtime, and allow use only after homework and chores are done. Here are some interesting statements to help you understand teenagers and their phones.

Pew Research reported in 2015 that:

‘73% of 13 to 17 years olds had their own smartphones or had access to one, and 24 percent said they were online almost constantly.’

A 2016 survey by Common Sense Media found that:

‘Around half of teenagers felt addicted to their phones and 78 percent checked their devices at least hourly. One out of three teenagers also sends more than 100 texts a day or over 3,000 texts a month.’

And a Pew Research study showed that:

‘Teens actually like it when parents set phone schedules as it gives them an out from being stuck to their phones all the time, so make sure to set time limits. Phones should be turned off during meals, school hours, when driving and before bedtime.’

Most kids, especially older kids, don’t like it when parents snoop on their phone activity. Snooping can go overboard and kids resent that, but responsible monitoring is justified to ensure that children are safe. Make sure to include your kids in the discussion and be respectful when asking about who they are texting and if they are receiving unwanted texts or social media messages. Also check for signs of cyberbullying and depression and seek help. Kids who are normally outgoing and talkative can suddenly become withdrawn and quiet.

6. TELL THEM HOW TO LOOK AFTER THEIR PHONE

Teach your kids to protect their phone and keep it charged. You can install a tabletop charger in the kitchen, living room or other central location so kids can charge their phones when they need to. Some phone screens can crack pretty easily when dropped, so don’t forget to buy a carrying case or cover to protect the device from damage. When traveling alone, teach your kids to secure their phones and avoid flashing it and other expensive items.

Tell them that their phone number is private and should not be given out to strangers or just anybody. In general, anonymous and unwanted calls or text messages should be ignored or blocked. If the message is important, the sender will let your child know and they can decide whether to answer or not. Teach them how to do this on their device.

Phone use is fine in most public places, but some establishments like hospitals and restaurants may ban phones. Tell them why this is the case and why the rules must be respected. Kids should also understand that it’s impolite and annoying to send multiple texts, spam or to make prank calls. Explain to them what they should do if they don’t get an answer right away and when to follow up with another message.

Teach your kids that everything they post on the Internet is recorded, in some cases forever. The keywords they search for, the YouTube videos they watch and the apps they download are all tracked and affect what they see on their device. Some parents install apps that restrict which sites their kids can visit. Remember, the online safety rules you apply to their internet, should also apply to their phones.

10. STICK TO YOUR RULES AND CONSEQUENCES

Broken rules have consequences, and you should set them out clearly from the beginning. If they stay up all night texting or ignore chores and homework, there should be appropriate consequences. Make sure to follow through and never go back on your word. 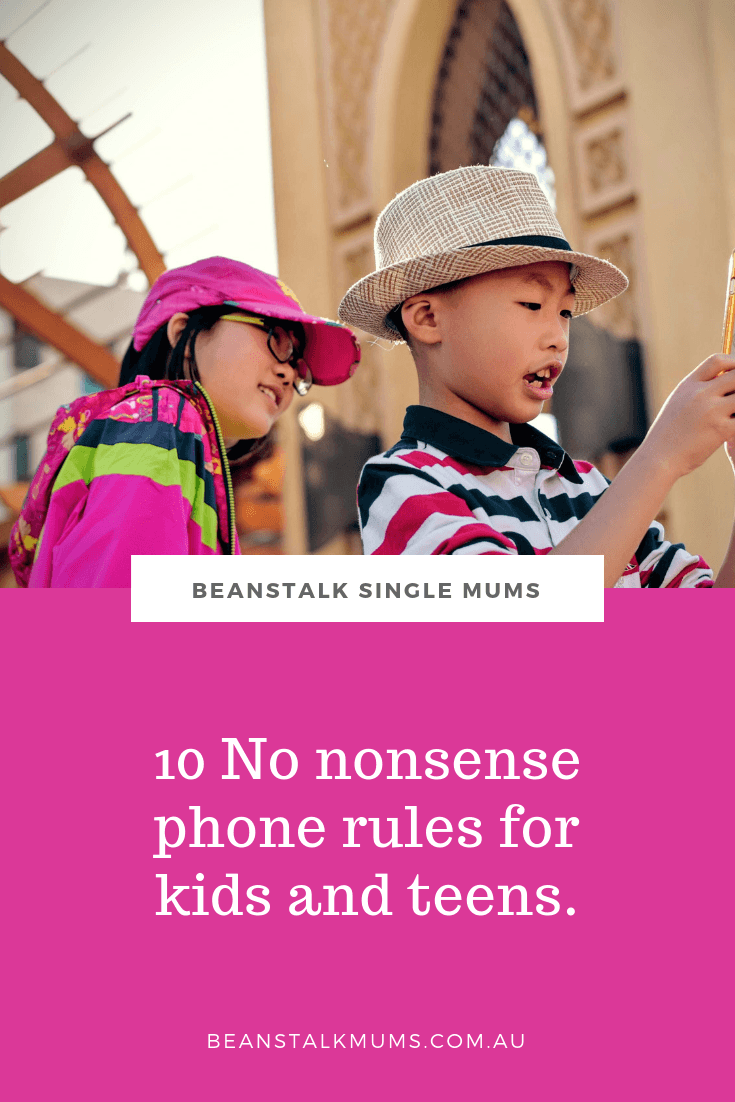 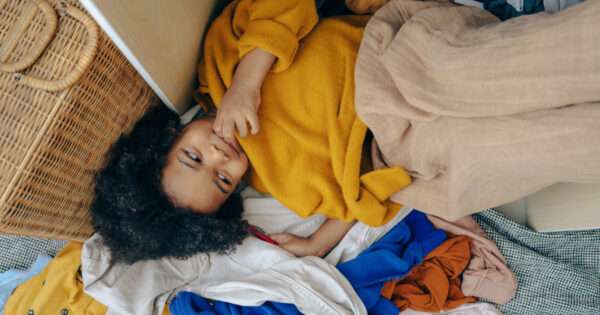 6 Books about getting kids to behave 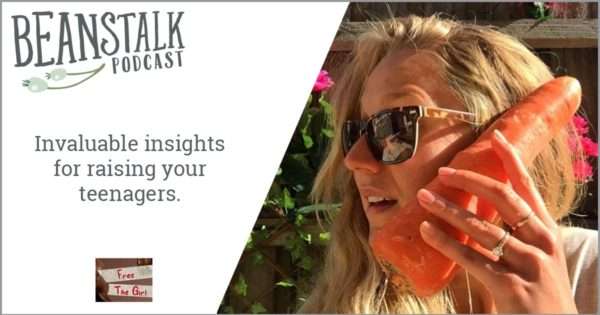 Invaluable insights for raising your teenager