How to respond to an unwanted dick pic It’s amazing that “dick pics” is a topic I need to write about. It makes me think we may have found the missing link between monkey and man.

This phenomena reminds me of the equally UN-endearing habit cats have of presenting you with a dead bird as an unwanted gift. No thanks!

Here are some suggestions as to how to respond.

HOW TO RESPOND TO AN UNWANTED DICK PIC

Firstly, I think no response is the best response.

Whatever you give energy to, even if that energy is a good old fashioned “F off”, fertilises it and this is not a behaviour you want to see “grow” (pun accidental). You may even be preventing a fellow sister or brother from this foul behaviour (doing your bit for humanity!)

You do not want to reward the gross behaviour with attention in the form of a response.

The number one rule of puppy training is to reward the good behaviour and ignore the bad. This is similar, only puppies have more decorum (even when they crap in your living room on your divine new beige rug.) Leaving it on “read” then blocking and deleting says it all and is the classy cyber equivalent of “no waaaaay”.

In addition to the above, if you receive a dick pic, you could go all the way and report such behaviour to the relevant authorities within the platform on social media or the police. Especially if you feel unsafe and the context warrants it.

You never know what else these creeps are capable of. And as already mentioned, you are probably not the only one receiving this visual and sexual intrusion. Having it on file may be useful for the bigger picture in some circumstances.

Always end with block and delete.

You could respond by saying:

“I was just about to text and let you know I discovered I know your boss really well and was going to suggest we all do dinner, but I’ve reconsidered.”

As satisfying as this would be, karma usually picks up the tab, so we don’t need to waste our time getting even.

“I’m sorry can you please resend that, even squinting with my glasses on I can’t see it?”

Then you know what to do … block and delete.

How to respond to an unwanted dick pic (cont.)

I’ve heard of many people posting a screen shot of the picture and sharing it between friends or on social media, particularly if the guy is in a relationship and cheating.

But remember that two wrongs don’t make a right and that’s three minutes too many spent on a drop kick. Plus, they would probably enjoy it – don’t give them the satisfaction. Again, karma has our back.

You shouldn’t care what “dick pick dude” thinks of you either. The only opinion that matters is YOURS.

So, block, delete, straighten your crown and move on.

Let’s say you are in an otherwise healthy relationship with positive communication, interaction and intimacy, filled with trust and respect. Then, an unwarranted phallic photo arrives as an unwanted surprise because Mr Enthusiastic has read the cues all wrong. He has misguidedly sent it through thinking it is somehow sexy. Perhaps within the context it made sense to him, but you do not share the same feelings about this being a turn on.

What do you do?

(a) Do any of the block delete options above if you are uncomfortable or it’s out of context, you owe zero explanation.

(b) If you honestly feel it’s just an isolated photographic “foot in mouth moment” say immediately “I need to be real and let you know that I’m not ok with photos like this”. Then, red flag the fact it happened whilst giving ONE chance if they truly deserve it. His response to your feedback and respect for your boundary will either lead to a “block and delete” or a new level of knowing each other with healthier boundaries and communication. Healthy people respect healthy boundaries. Do not completely green flag it until enough time passes that you know he is not a sleaze with zero emotional intelligence and you are sure it was a one off dumb decision and that he isn’t going to do it again.

Side note: There must be HUGE amounts of mutual permission, trust and excitement around exchanging such photos or videos even if they are exchanged willingly. Remember, photos live on even after the relationships die so any photography is high risk behaviour.

In summary, if you are the unlucky recipient of a dick pic, the best, most classy and fabulous approach is a “BAD” ass one (and by BAD I mean B for “block”, A for “and”, D for “delete”!!)

PS – You should also resist the urge to give their number to the most annoying telemarketing company you know and request 6am Sunday calls for the next year. That would not be becoming of your higher self!

Remember this is a reflection of them, not you. Repeat after me:

“I’m a queen and thou penis shall not be seen on screen”. Miranda Claire is an experienced Relationship Expert & Motivational Speaker. Miranda is also known as “The Soulmate Coach” because she helps individuals have self-love, singles to meet their soul mate and couples to find their spark! She integrates Neuro-Linguistic Programming (NLP), Time Line Therapy (TM), Psychotherapy, Hypnotherapy & Coaching to get REAL RESULTS with her clients (including many celebrities) and she has helped thousands of people from all over the world. 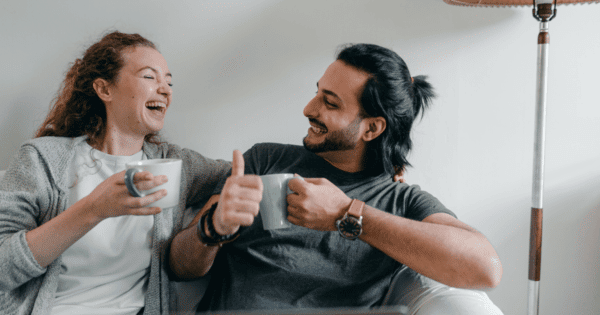 Things everyone should know about healthy relationships 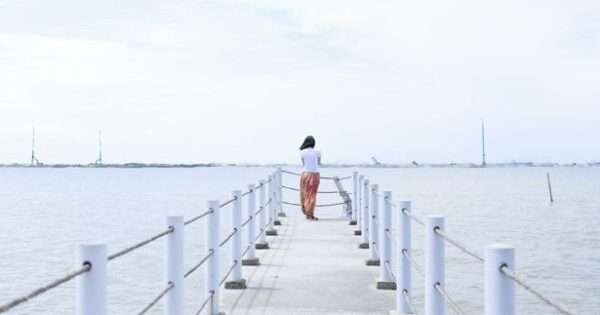