Home / Blog / Single parenting / Co-parenting / Your ex is bad-mouthing you to the kids? Here’s what to do …

Your ex is bad-mouthing you to the kids? Here’s what to do … So, your ex (or someone close to your ex) is bad-mouthing you to the kids? What can you do?

BAD-MOUTHING: WHAT IT IS AND WHY IT HAPPENS

Separation and divorce can make those involved feel hostile and resentful, with emotions running high and feelings raw. It’s not uncommon for this to tip over into bad-mouthing, where one or both parties speak badly of their ex behind their back.

Sadly, it’s often the children who hear this bad-mouthing first-hand.

When one parent says mean, hurtful, less-than-true things about their co-parent, it can cause them to feel torn, hurt and angry. Hearing negative things about one parent from another means the kids are made to carry an emotional burden. Which is simply not something they should have to do.

Bad-mouthing may be provoked by anger, frustration, bitterness or betrayal. However, it only makes an already difficult situation for your kids worse. It is unhealthy and painful.

So, the question here:

“How do you clear your name, point out the truth and rectify the situation without dragging your kids even deeper into what is essentially an adult situation?”

Acknowledge it without adding emotional energy to the already lit fire. Don’t go on the defensive or the attack with words like:

Instead, take the high. Don’t be tempted to join your ex in the mud-slinging mess. You could try:

“I’m sorry he said that to you.”
“That must be hard for you to hear from your Dad.”
“What you’ve heard may make you angry/sad/scared.”

Take a good long deep breath before responding. If you need to, after acknowledging what your child has shared with you, tell them you need to take a few moments to think about what they’ve shared so you can respond properly and well.

It may help to think of your ex’s behaviour like a toddler’s when having a tantrum. Don’t allow your emotional reaction to trigger your own tantrum in response.

Your kids need you to be a grown up and hold a safe space for them. They need you to model how to handle their own emotions well without becoming consumed or overwhelmed by them.

If your ex bad mouths you, speaks badly to you or insults you in front of the kids, don’t let it slide.

It might catch you off guard the first couple of times it happens, so don’t feel bad if that’s the case, but don’t let it become an ongoing event.

Call it out with your ex. Calmly say:

“It’s not OK to speak that way to/about me”.

This does have the potential to escalate, so be prepared with a de-escalation strategy which can be as simple as:

“This is an adult issue. Let’s discuss it later, when the children aren’t around.”

Include your kids if appropriate (either when it happens or later) and say:

“I’m sorry you heard Dad speak like that, it’s not an OK way to talk about someone.”

Talk with your kids about feelings. Ask how they feel about what’s happened.

Help them with words to describe their feelings and encourage your kids to share the way they feel with their other parent.

“When you speak that way about Mum, I feel…”
“When you say nasty things about Dad, I feel…”

You could also talk with your kids about how your ex might be feeling. Explain:

“When people are hurt or angry, they may not be able to see things clearly, sometimes forget the nice way to behave and might say things they don’t truly mean.”

This is a great opportunity for an open, more general discussion with your kids about saying mean things, saying things in anger and how hurtful it can be.

VERSIONS OF THE TRUTH

In our family we talk about “versions of truth”.

This means acknowledging that everyone has and is entitled to their own perspective and understanding of what the “real” story is.

This is a useful strategy not only for bad-mouthing, but other experiences they will have as they grow and navigate other relationships and life in general

Your ex bad-mouthing you is a form of gaslighting. An attempt to control the story and the narrative your children believe. It is an attempt to blame and divide, that forces them to choose sides.

While presenting the facts is vital in dousing the fire created by gaslighting, it’s important to do it calmly and clearly in an age-appropriate way for your children. Explain to your children why what they heard is not true, without attempting to prove anything to them or take down their other parent in retaliation.

If for example, your ex is telling the children you took all the money after the divorce and that’s why they can’t have X, Y or Z, your response could be along the lines of:

“I’m sorry that Dad is talking to you about that. I believe that’s adult stuff and it’s not something you need to worry about. It’s true each of us has less money than we did when we all lived together, but there is plenty of money to pay for the things we need.”

PERMISSION TO THINK FOR THEMSELVES

Give your kids agency. Give them the skills, permission and power to think for themselves. Once again, this is a life skill they will carry with them forever, not just use in circumstances where their co-parent is bad-mouthing you.

While your kids should never feel they need to defend you, they require the skills to understand the behaviour, analyse what they’re being told, think for themselves and communicate how bad-mouthing makes them feel.

Use words and an open, accepting, calm behaviour to convey that they can come to you with their concerns without you flying off the handle. Show by example that you will remain calm, listen well and answer truthfully.

This doesn’t mean you have to load them with the WHOLE truth. Make it age and stage appropriate and preserve their relationship with their other parent.

Remember, you’re teaching them to think for themselves. Not to think what you think or believe what you believe.

BE THE PARENT YOU MOST WANT YOUR EX TO BE

Set a good example by speaking respectfully and without emotion about your ex as well as about his extended family.

Speak kindly and with affection. Recall, if you can, good things they have done, positive traits they display, fun family memories they have created. If that’s too much of a stretch, speak about them as you would wish them to speak about you.

Behave towards them, as you would hope they would behave toward you – regardless of whether they’re physically present or not. Be the parent you most want your ex to be and show your kids how you want them to behave towards others in their own lives.

Don’t involve your kids any further in the conflict than they already are.

HAVE THE HARD CONVERSATION

Try having a calm, respectful, cordial, constructive conversation with your ex. Politely request them to stop saying unnecessary, unkind things about you, or using sarcasm or other passive-aggressive communication strategies around your children.

If possible, have this conversation face-to-face, but if you find it too difficult to remain calm (or fear your ex will struggle to do so) send a request in writing.

Protect your children from any secondary conversation with your ex about the issue. While your kids may have been the ones that told you about what they heard, the issue does not involve them. If your conversation does not go in your favour, and your co-parent continues to badmouth you to your children or others, consider seeking help from an objective, neutral third party or professional.

DEALING WITH BAD-MOUTHING: THE DON’TS

DEALING WITH BAD-MOUTHING: THE DO’S

While you can’t protect your kids absolutely from negative or destructive things your ex does or says, you can be the buffer they need.

Having even one parent who provides an emotionally safe, nurturing and supportive environment – one where they never feel like they have to choose between their parents or where one parent is the “baddie” – is enough.

Teaching your kids by the example of your own behaviour, how to behave respectfully and in an emotionally safe, intelligent way, helps them deal with the challenges of their family relationships now, and to form healthy, respectful relationships as they grow. Hi. I’m Sallyanne. I’m a Relationship Coach, Separation & Divorce Strategist for women at a crossroad in their relationship. I support women to reclaim their identity, reconnect to themselves and redefine their future. Whether you’re in a relationship wanting a deeper connection, wondering whether to stay or go, stepping out and navigating the messy middle or newly solo, I support you to come back to yourself first, help you identify what you most need, and create a plan forward. 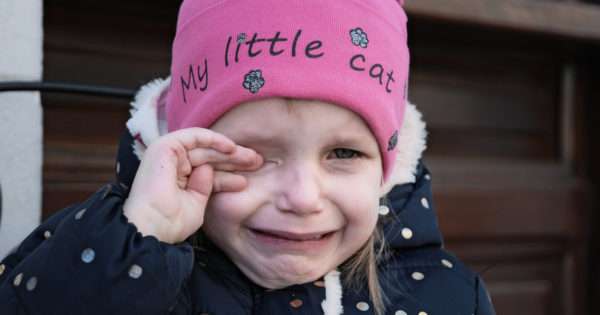 Managing kids’ behaviour when they come home from Dad’s house 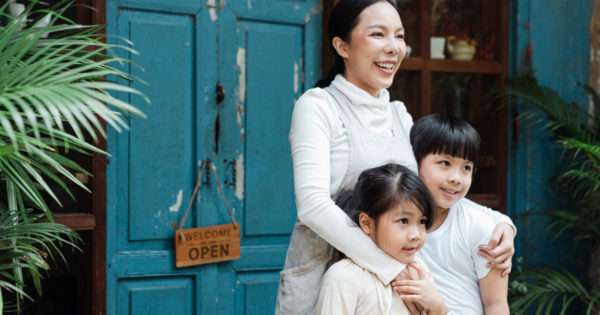 How to make change overs when co-parenting a blinding success