How I helped my teenagers navigate our divorce I said through snot and sobs, a pile of soaked tissues by my side.

I turned to my 15 year-old daughter who had caught me in a not so good space at my desk.

As teenagers, and quite frankly almost adults, they were well aware about what was going on and in full-flight creating their own views of the world as distinct from that of their parents.

It was my job to keep things “stable.” That’s what my psychologist said, “They just need one stable parent.”

Ok, I can do that.  Keep things normal, remain upbeat, try not to involve them with any of the challenges I am having with their dad. I wanted them to maintain a good relationship with their dad even though I didn’t want one with him.

With each of them having mobile phones this was easy enough. They kept regular and direct communication with their dad, organised when they were going to his place, etc. but… as a parent I felt left out of the loop. We stopped parenting together and, on some level, I felt like I had lost my kids.

OUR ROLE AS SEPARATING PARENTS OF TEENAGERS

Our role as parents doesn’t stop or change simply because we are going through a separation or divorce. The dynamic of our families changes but our role remains as it always has. Which is to raise fully-functioning adults, who are responsible members of society equipped with skills to tackle the ups and downs of being human.

What if how you manage yourself during this difficult time is the greatest gift you give to them as they step into their adult lives?

What if how you handle yourself now gives them a blueprint for how to care for themselves and have quality conversations in times of difficulty?

I knew that their lives going forward would have challenges. Hard things they would have to work through and I wanted to use what I was going through in a way that provided them with an example.

A recognition that we all go through hard times and that’s ok, in fact it’s even normal.

WHY TO ADMIT TO YOUR TEEN THAT YOU ARE SAD

My daughter told me that it was helpful that I admitted that I was “sad about it, that it was ok to be sad and that it was normal.” For the record, I decided to go straight to the horse’s mouth and ask my kids, now 17 and 21, what I did that worked and what I did that sucked… the sucked bit is coming later.

It’s like every other hard parenting moment. You’re probably not going to get it perfect and that’s ok too!

Accepting doing our best and acting with openness, integrity and acknowledging that we are human and make mistakes is the best example of who we can be for our kids.

What if you are feeling guilty, angry, hurt, or afraid of losing them?

Maybe you are wondering how the separation is going to impact their mental health, their school work, their getting into uni. What if they hate you? Do they like or believe their dad (or the new girlfriend) more than you?  Urgh, I struggled with some of these, it’s such a brainf… it just means that we love them a lot.

Be kind to yourself.

It’s important to put all of that aside and parent from the bigger picture, the long-term game.

Take a moment to stop and consider the following questions:

For me it was important that my kids knew that I was always there for them, that they were my priority.  I want my kids to always know that they are loved and accepted just the way that they are, and that hard times are ok, as is the occasional tantrum and meltdown.

I experienced a lot of challenges with my teens as we walked the changing nature of our family alongside the natural development of them into adults. At times when I found myself concerned or upset about something I used the litmus questions “Are they happy? Are they safe?”  If the answer to both of those questions was yes, then the rest really didn’t matter even if it was hard for me to swallow – because at the end of the day, that’s all I want for my kids.

I’ve always been open with my kids however when it came to the legal and financial negotiations between myself and their dad I wanted to protect them and keep it out of their lives.

I didn’t want to tell them not nice stuff about their dad, I didn’t want them to see us fighting, none of it was their fault and certainly not their burden to bear.

When asking my kids about what didn’t work for them during the time of separation both of them highlighted not knowing what was going on and being kept out of the loop on these matters.  My daughter explained that she could see that both of her parents were sad in different houses and she didn’t know why.

I asked my son what advice he would give to parents to improve on that and he said “Ask them if they want to know what’s going on and if they say yes, tell them.”

Maintain their normal lives as much as possible with their schooling and activities, share honestly about your feelings, ask them about theirs, ask them for their views and opinions on the situation (this will go a long way to them feeling respected and included in the process) and don’t take their responses personally.

Keep an open dialogue with them about what’s going on.  Remember you are parenting for the long-game, your role as a parent hasn’t changed.  Trust yourself if you think that their behaviour is out of character and seek professional advice either from your GP or a psychologist.

So back to the snot (the kind that makes you feel like you should have taken out shares in Kleenex).

I said, a pile of soaked tissues by my side.

I blubbered, my face leaking a little more.

And then my daughter said the thing that made me realise that she understood and that I was doing an ok job:

Further reading: Tips for parenting your teens when you’re at your wits end. Alice is a Separation and Divorce Coach helping women with older teens and adult children to find themselves again, confidently reclaim their independence and create futures filled with success, happiness and freedom. Self-proclaimed giggle addict, pink lover and BS intolerant. 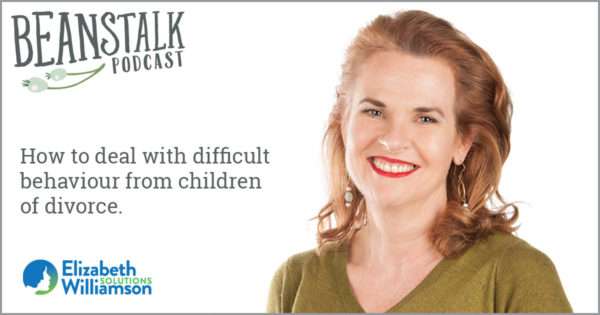 How to deal with difficult behaviour from children of divorce 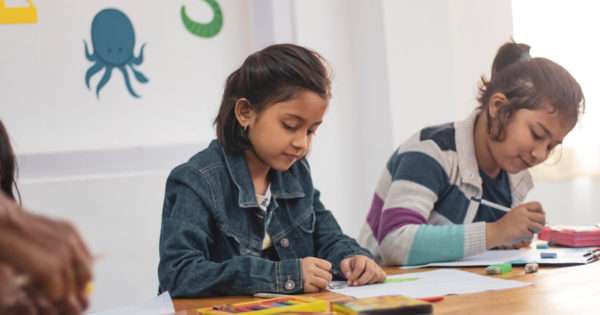