Startling reasons why we are attracted to the wrong men Dating has to be one of the most searched for topics on the internet, because finding ‘the one’ can be a long journey. The question I’m going to try to answer for you today is, why are women attracted to the wrong men?

Time after time we see beautiful, smart, funny, educated women falling for … well, can I say douchebags? And, single mums just like you who keep falling for a mirror image of their ex, over and over again.

So, why are women attracted to the wrong men? Let’s find out …

Startling reasons why we are attracted to the wrong men

I was never one to excel in science. When it came time to erupt my homemade volcano, it completely fizzled. But, there is method to the madness and that offers some level of comfort.

Physical attraction can be overwhelming, but sometimes you have to listen to your head, not your heart, and heed the warnings. Look beyond the initial firework fuelled attraction of mind and body, and dig a little deeper. It is possible to find someone you have chemistry with, who is also compatible – you may just have to spend a little time working this out.

THEN THERE ARE THE PLAYERS

The guys we all know we should avoid are the players. There is just something … well, playful about them. As someone who experienced this first-hand from my baby daddy, I definitely want to avoid this type of man for the rest of my life. And you should too.

‘The problem with players is – they know how to play the game. And often you don’t know until it’s too late.’

Of course, not all good looking males are going to sleep with you while texting nude selfies to your sister on Tinder (note: this is not my story), it’s definitely one to keep an eye out for. Women often think a man chaser can be changed, and that they will be the one to break them. Yet, while a chase can be fun, if it is too one-sided it could be considered stalking, and may end in tears.

WHY ARE WE ATTRACTED TO THE WRONG PERSON (CONT.)

YOU REALLY THINK YOU CAN CHANGE HIM?

You couldn’t change your ex, but maybe you can find someone similar and change them instead. Noooo.

‘Having regrets and feelings of failure about past relationships, then finding someone similar to see if you can do better is NOT the right move.’

This is probably more of a subconscious mindset. But consciously you must put the past in the past and see the future full of new possibilities. Learn from your mistakes and remember there are plenty of amazing men out there who don’t fit the same mould as your exes.

IT’S ALL YOU DESERVE

Another reason why women are attracted to the wrong men is because we think it is all we deserve. Low self-esteem comes easy when you are left alone juggling children and wondering where it went wrong. If you don’t think you deserve someone who treats you with love and respect, then you are likely to settle for less.

FEAR OF BEING ALONE

There is also the fear of being alone which can equate to being with someone who isn’t the right fit. It can be hard to cope with loneliness as a single mum. And ofter the result is dating man who isn’t good enough for you. Of course, this can also present a challenge, because just like the player – he isn’t going to change his spots.

‘If you don’t like who you are or you choose a man based on negative emotions, you are more likely to be attracted to the wrong men.’

You may even make-do with an emotionally abusive relationship. Being happy in yourself before searching for your soul mate is a good strategy for landing Mr Right.

Then, there is the dad thing. People joke about women choosing men like their fathers, but this is not all fiction. Women are often attracted to the wrong men based on the influence of dear old Dad.

Maybe all you want is the father figure you never had. Or you are attracted to men with similar flaws characteristics to your father, both good and bad.  Or you want a male role model for your children who is similar to your own dad.

This is not always a bad thing, but think about the reasons behind your choices. What we need/want/had from a father is very different to partner requirements. Plus, you don’t want to end-up caring for your children AND a 90-year-old husband.

Startling reasons why we are attracted to the wrong men (cont.)

DON’T LEAVE IT UNTIL IT’S TOO LATE

The problem with being attracted to the wrong men is, often you don’t know they are wrong until it is too late.

‘It is easy to maintain a certain persona in the honeymoon getting-to-know-you stage. But, once your kids are involved and the roses turn to weeds, it can be harder to walk away.’

Be clear about what you want and don’t judge a book by its cover. While all relationships require work and compromise, if you see yourself faced with a carbon copy of your ex after six months … it’s OK to walk away. You and your kids will survive.

There are many reasons we pick the wrong men, often it is as simple as choosing someone because they look good on your arm, they live in the right place or they’re fabulous in bed. The list goes on. Each of these are a legitimate reason to be with someone, but they must be considered along with a myriad of different reasons why they are right for you. And, most importantly, if they are reasons that have led to choosing the wrong men in the past you need to rethink your selection criteria. 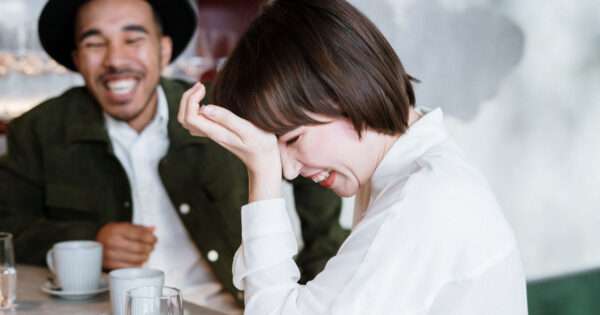 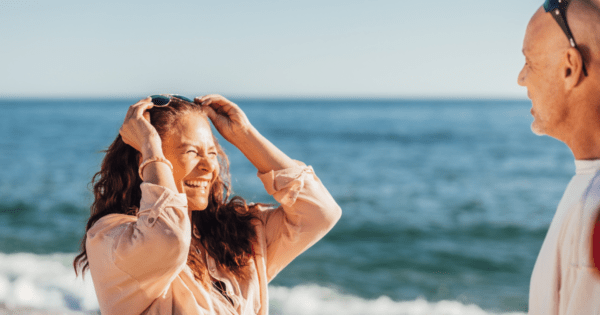 How long after a divorce should you wait before looking for love?