Parental alienation (PA) can occur after a high conflict separation or start during a relationship. That’s what happened to me. It was subtle, like a slow-drip feed. At the time I didn’t know about parental alienation, I didn’t ever think anything like this was possible. Unfortunately it is.

It is so harmful that Italy and Brazil have legislated PA as child abuse and a criminal offence. Advocacy groups in other countries, including Australia, seek legislative changes and awareness.

WHAT IS PARENTAL ALIENATION?

“Parental alienation is a set of strategies that a parent uses to foster a child’s rejection of the other parent. Parental alienation syndrome develops in children who come to hate, fear, and reject the targeted parent as someone unworthy of having a relationship with them.”

What does that mean in real life?

I had been separated from my former nearly ten years when I learnt about PA. I was shocked that although I had taken my children to counselling, no-one had told me about PA and no-one helped me or my children to combat the abuse.

I am one of millions of families worldwide who have lost all contact with their children for no tangible reason. I didn’t have the support or awareness to do things differently for myself and my children, but I am determined to help as many children not to suffer the same fate as mine.

My research found three types of alienators. An alienator can be a mother, father, step-parent, grandparent, or extended family member. Alienation is usually between parents with extended family support, and there is no gender bias with PA.

“You know I can’t afford those football boots because your father has all the money now!”

This parent is not meaning to alienate. They want their child to have a relationship with the other parent, but they will occasionally do or say something that can unintentionally cause friction because they are sad or frustrated with their circumstance. Naïve alienators sometimes slip up but genuinely want what is best for their children. They are willing to compromise for the sake of the children.

“Don’t tell your mother I earned this extra money. She will want more money from me and that will keep us from having fun and going on holidays. You know she’s done this before.”

This parent also knows better than to alienate, but their intense hurt, lasting frustration, anger, or resentment against the other parent causes them to impulsively lose control over their behaviour and what they say.  This can result in outbursts or lashing out in front of their child, which is bad for the child’s mental health and teaching them to keep secrets. Sometimes, they passively seek retribution by being incredibly inflexible with custody arrangements. Later, they may feel guilty about how they behaved and try to fix it.

My former partner started off as a naïve alienator. They slowly became an active alienator whilst we were still together, mostly because they were resentful and jealous, saying it was unfair that my parents were alive and their parents were not. I was coping better with the children, I was able to calm them more easily, and they wanted me to play with them. My former tried to fix their behaviour with loads of love bombing, which gave me a false sense of trust. In hindsight when we first separated they fluctuated between being an active alienator and glimpses of an obsessed alienator. After six years of separation they escalated into full-blown obsessed alienator. My then fourteen-year-old son was the first victim of the cult-like brainwashing tactics.

In my case, my former partner had an affair. I suggested counselling for the sake of our 13 year marriage and our children, but they were not willing to stop seeing the other person. They wanted me to give them time to work who they loved more. So I ended the marriage.

The obsessed alienator is angry, bitter, or feels betrayed by the targeted parent. PA specialists agree that alienator’s feelings become more intense because of shared parenthood forcing them to continue a relationship with a person they despise. Just seeing or talking to the targeted parent triggers their hate.

The obsessed alienator goes to great lengths to discredit the targeted parent, including fabricate lies.

My former told people that I didn’t know very well or not at all (like school parents, new neighbours etc…) that I drank too much whiskey and had a temper. This was laughable to anyone who knew me/us because I am a pacifist and always the designated driver. They also complained about being financially disadvantaged, when in fact they got the majority of the assets and I paid them child support.

Out of the blue my son told me he didn’t want me to watch him play basketball and that I should respect his wishes. He couldn’t give me a reason and just repeated the sentence on loop and getting upset.

OPPOSITIONAL BEHAVIOUR IN A CHILD THAT PREVIOUSLY DEMONSTRATED NONE OR MINIMAL

My boys were happy and joyful, we worked as a team. We always ate dinner together sharing our best and funniest for the day. Then my older boy around 14 acted like a switch had been turned on and started being disrespectful and saying things like, “You can’t tell me what to do”, “Real mums don’t make their kids vacuum”, “No, I don’t want to and you can’t make me” etc..It was like a personality transplant. My younger son and I were in shock.

REQUESTS MADE BY THE CHILD TO NOT ATTEND PARENT/TEACHER CONFERENCES

My older boy told me I didn’t need to go because they had already made a time and it would be weird for me to go but if I want to go I would have to go myself because he wasn’t coming.

SHUT OUT FROM SCHOOL MEETINGS

This has just happened this year and I had to contact the school and give them a copy of the shared custody orders.

BEING CHALLENGED BY YOUR CHILD

They become argumentative and combative and, in the extreme form, exhibit provocations to the point of explosive rage reactions back to your child

Both my boys through tears could not tell me why they didn’t want to live with me anymore. They just repeated on loop, “I don’t know, it’s for my mental health”.

A SENSE OF ENTITLEMENT

For example, to receive parental tasks/gifts yet arrogance of how they are better than this parent.

I was told by my son, that if I insisted of forcing presents onto them that I should leave them under the carport.

My older boy at 14 insisted that I had never been to any of his football games, even though I took him on every second weekend.

The child takes responsibility for the alienation and rejection

They say it was their idea.

When confronted they don’t acknowledge manipulation by the alienating parent.

Both my boys have told me that this is their decision, that it has nothing to do with their other parent, even though I never asked or said it did.

How do you fight parental alienation?

10 Ways to Fight Back Against Parental Alienation

If you are unfortunate enough to become a targeted parent you firstly need to remember that although you are experiencing PA, your child is the victim of parental alienation syndrome PAS. The horrible vile things they say and do to you, it’s not personal, and they are doing what they can to survive. Many PA specialists liken parental alienation syndrome to being part of a cult and being brainwashed. Being a targeted parent is heart wrenching, exhausting and sometimes impossible.

How can I prove parental alienation?

It’s important to know that 70% of the grown children who have been alienated from a loving parent and their extended family, as adults suffer from mental health and substance abuse. They often end up becoming a targeted parent themselves and the cycle continues. So this is a community issue and everyone can play a part in protecting our children and creating a better society. 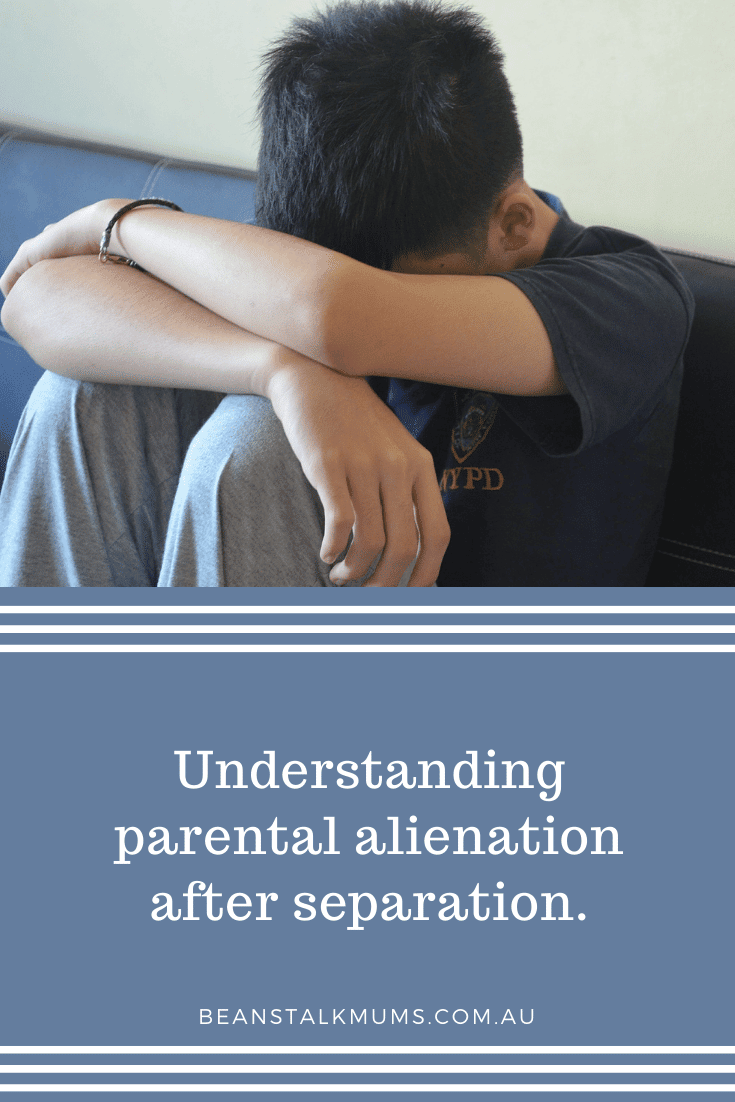 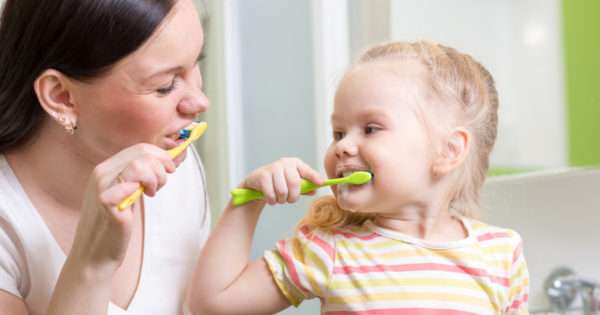 Why you should have confidence in your ability to mother alone 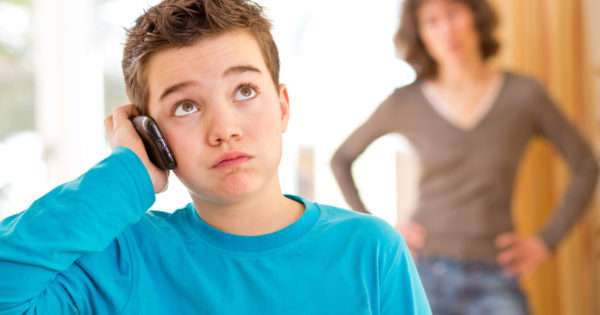 Helicopter parenting and why some single mums do it